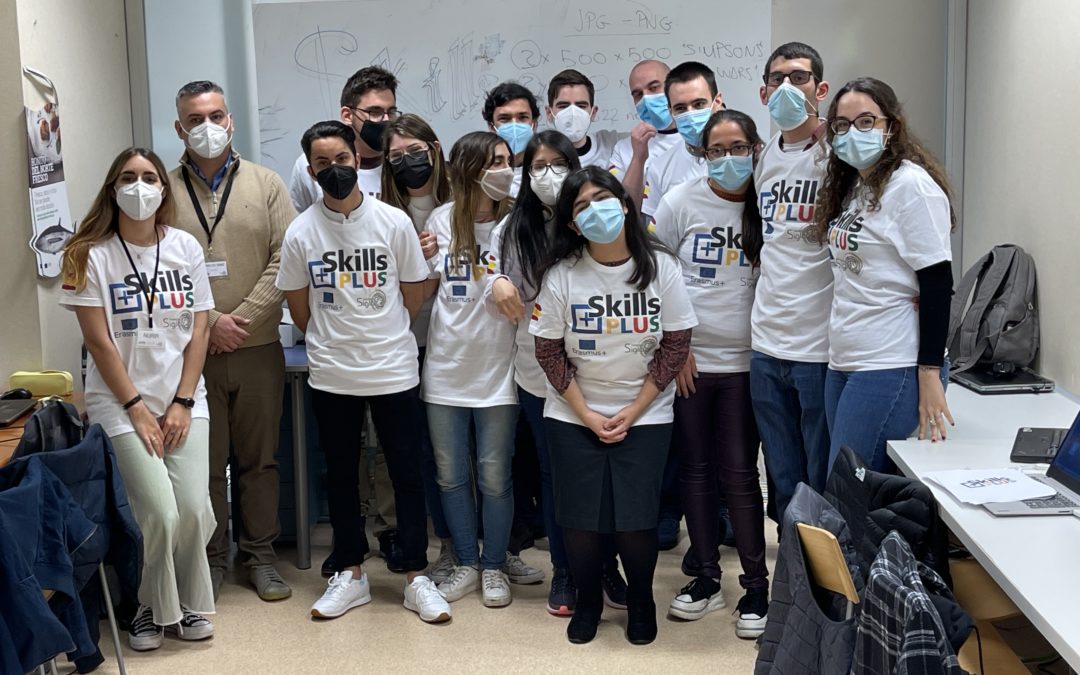 During the months of March and April, the National Competition of the Skills+ project in the fileds of Cooking and ICT was held. In total, 9 teams took part, 4 in Cooking and 5 in ICT.

The first to compete was the cooking team from the Escolapios School. This school is located in Bilbao, in the north of Spain. The competition took place on the 17th March 2021. Despite their age, they demonstrated an outstanding professionalism, technique and quality that highly impressed the jury. The team was made up of two boys and a girl, both passionate about cooking. One of them even confessed that he would love to open his own restaurant when he finishes his education.

On the 23rd April, at the ALAPAR Foundation in Madrid, it was the turn of the next cooking team. They told us that they were very nervous about the test and that they were really looking forward to it. In the end, they had a great time and enjoyed all the recipes, offering the jury a delicious result.

On the same day at the same Foundation, but two hours later and in a different venue, the five teams participating in the ICT activity started the competition. There, silence and concentration reigned, while the jury walked around the tables observing each of the teams, which were divided by letters, from A to E.

Almost at the same time, and back in the kitchen, the third team began their activity, with great enthusiasm. The jury was amazed that they made all the dishes in just one hour, half the time they had available and showing an impeccable organization.

The last competition took place on the 29th April 2021 in Pamplona, also in the north of Spain. The participating team showed remarkable enthusiasm and affection, and impressed the jury with an extra dish that they made on the spot and that did not appear in the recipes.

The feedback from the competitions was very good, despite the complications due to COVID-19 and not being able to bring all the teams together, as well as having to use different juries, which prevented us from having a multitudinous event in which we could have invited more people. The result was exciting and the response from the organizations was very warm and friendly. Now it only remains to show all the professionalism in the European Competition.