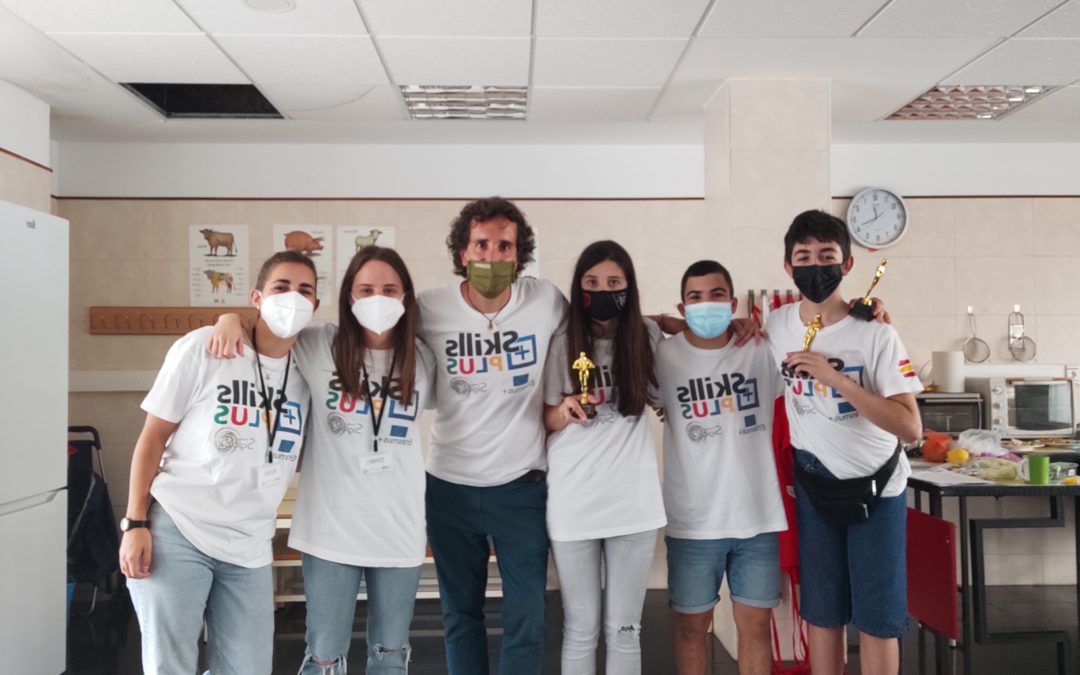 The European Competition for the Spanish teams took place on 28 and 30 June in Madrid and Bilbao (Basque Country). Excitement and excitement were in the air, all participants were nervous, but ready to give their all in their fields of work.

The ICT team travelled to the headquarters of Fundación Siglo22, the Spanish Skills+ partner on 28 June to carry out their activity. The three participants were very well organized and completed all activities on time. Although they would have liked to meet the other European participants in the Netherlands, they enjoyed the experience and hope to participate in future editions.

On 30 June it was the turn of the cooking team. From Siglo22 we travelled to Bilbao, Basque Country, in the north of Spain, to taste the delicious dishes of the participants from Colegio Escolapios. Although the activity seemed easy at first, a salad, the techniques they had to demonstrate were more complex. They told us that they were very nervous, but also very excited, as it was the first time they were participating in such an event and competing at a European level. When they finished cooking and preparing the dishes for the jury, they gave us a dance and congratulated each other for the good work, the good organisation and the very positive results they had achieved.

Although the Spanish teams did not achieve a place on the European podium, the experience was very satisfactory for all those who participated, all of whom expressed their desire to participate in future editions of the project.