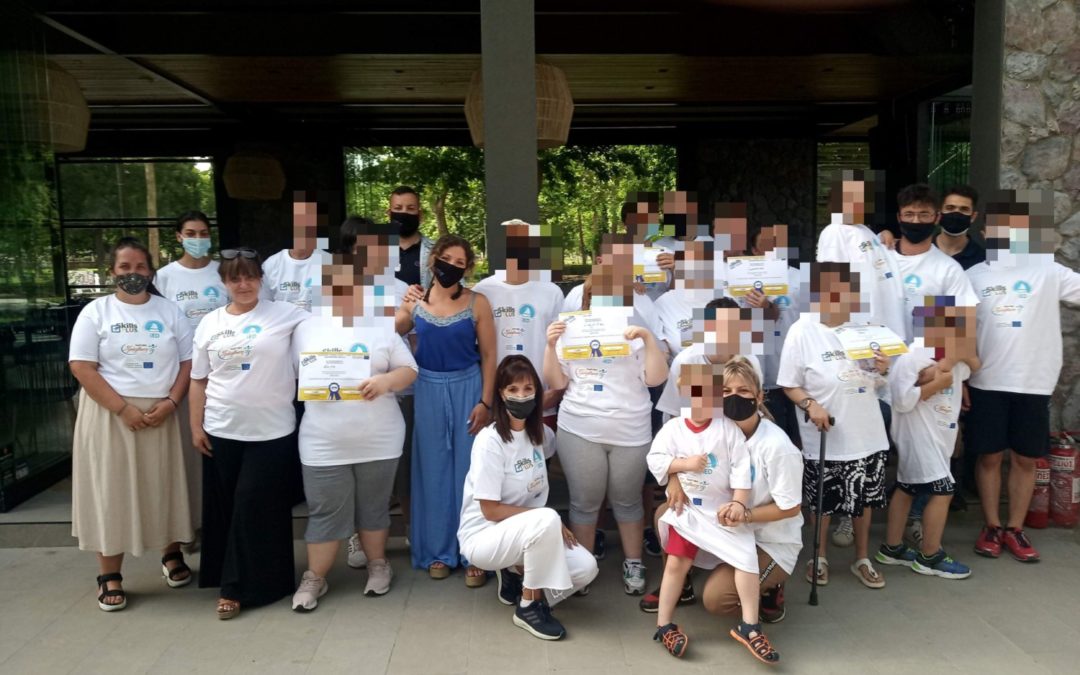 The National Competition was held in the frame of the SKILLS+ Project, which is a European initiative whose main purpose is to create a sustainable and mutually beneficial relationship between people with disabilities and small and medium-sized enterprises. More information on the project can be found here: https://www.skillsplus.eu/

During the National Competition young people with disabilities between 18-30 years old competed in certain tasks in the Professional fields of Green jobs and Social Health & Care. Experts and trainers from the Daily Centre for people with disabilities “Prosvasi” took part to assist the young people with their assignments and the Head of the Centre, Ms. Evaggelia Patetsou, was present throughout the process, together with all the coordinators, to ensure that everything went smoothly for all participants. Employees from the Daily Centre for people with disabilities “Prosvasi” and families of the participants, who chose to be there to support the contestants, were among the guests of the Competition and the awarding ceremony.